The first time I celebrated New Year’s Eve outside of the USA, I was a bit confused. I was in Jerusalem, expecting the same fanfare that I experienced back home — parties, dressing up, bubbly drinks. But, the night was relatively quiet — except for a few fireworks in the distance that I could hardly make out. As it turned out, New Year’s Eve isn’t an official holiday in Israel.

If you’re looking to see the world, the week between Christmas and New Year’s is a wonderful time to do so. Many companies close, so you likely won’t have work stress weighing you down. And, you can explore a new place, while experiencing another culture’s spin on the best holiday season of the year. Just make sure you travel somewhere that actually celebrates those holidays!

Here are my picks for the ten most exciting cities to celebrate New Year’s Eve:

All over the world, cities have recreated the famous ball drop that New York City’s New Year’s Eve is famous for. Why? Because it really is that dazzling. Like many New Yorkers, I, too, have crammed into Times Square to count down the seconds with wild anticipation. Then, the clock strikes twelve and confetti and balloons fall from the sky.  If you’re not too fond of crowds, New York City is still an amazing place to be. The anonymity that often pervades the city streets transforms into friendly joviality. Strangers wish each other “Happy New Year!” while blowing horns and singing Auld Lang Syne. 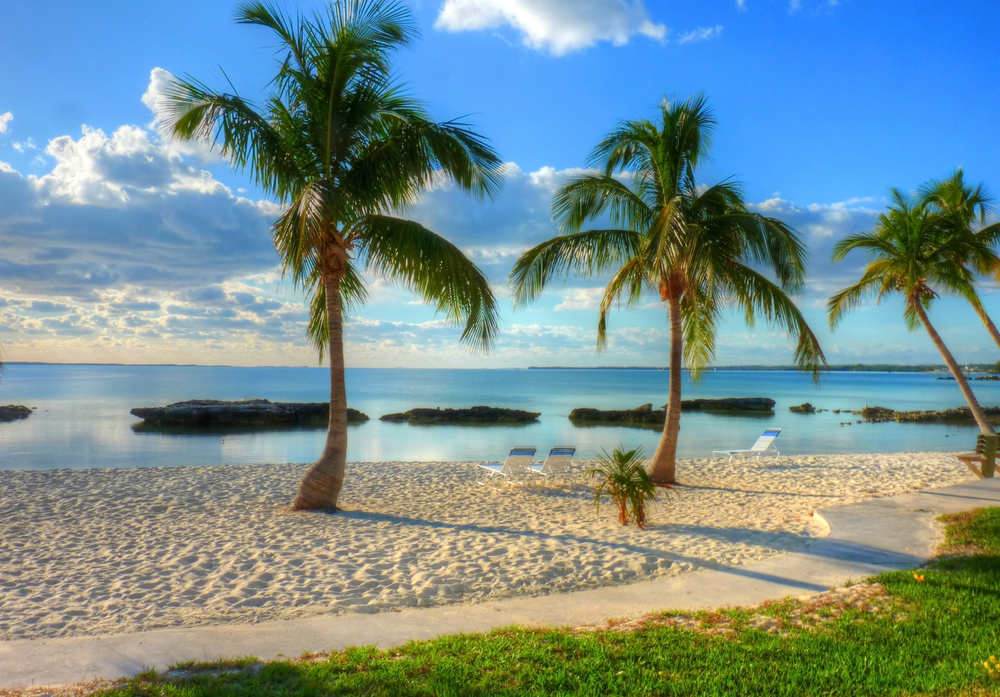 In the beautiful Bahamas, you can have the best of both worlds: relaxing days on the beach and exciting nights spent partying. Head to a hotel party, or join the locals at the Junkanoo street parades, which are attended by people of all ages and feature Bahamian dance, music, and culinary delights. Follow the parades to firework displays around the island. On January 1st, the party continues with more parades filled with street performers, colorful costumes, and music. Because my little one loves costumes, this celebration is definitely on my travel list.

New Year’s Eve is such a big deal in Valparaiso that celebrations not only last for three days, but a million visitors come to experience the biggest fireworks display in Latin America. There are 17 launching points along the coast, and one of the most exciting parts of the show features a “waterfall” of sparks streaming onto the water. The streets are packed with parties, confetti, and champagne spray, with live bands playing in Plaza Sotomayor until the morning. Last year, my friends, who celebrated New Year’s in Valparaiso, put together an incredible collage filled with some of the most fantastic fireworks.

Though China celebrates the Chinese New Year, Hong Kong caters to tons of Western tourists — and that means that New Year’s Eve is an incredible time to visit. New Yorkers, like me, will feel right at home with a replica ball drop in Hong Kong’s Times Square shopping mall. There is an impressive fireworks show at the Hong Kong Exhibition and Convention Center, as well as a night parade. Many visitors also choose to celebrate New Year’s Eve on a Harbor Cruise, which offers magical views of fireworks, top shelf alcohol, and amazing parties.

Throughout the year, tourists flock to Victoria Falls to see a natural wonder unlike anything they’ve experienced before. But on New Year’s Eve, they come for a three-day festival that begins on December 29. The festival begins with different theme parties, and culminates with live musical performances by artists from all over Southern Africa. I’m planning to visit in the near future, and I hope to combine the festival with a safari, which I think my little boy will especially enjoy.

There are always amazing parties happening in Sin City. But on New Year’s Eve, Las Vegas takes its festivities to a whole new level. The Las Vegas strip is closed to traffic and becomes a giant street party, filled with bands, laser shows, fire displays, and over 300,000 people happily tooting New Year’s noisemakers. At midnight, 80,000 fireworks are shot from seven casino rooftops. Like everything in Las Vegas, it’s a huge spectacle!

In late December, Iceland is not only freezing, but it also only gets a few hours of sunlight per day. So Icelanders are always ready to blow off some steam. Locals start off their night by gathering for family dinners. Then they head off to sing and dance around community bonfires, where they symbolically burn away their troubles from the year before. At midnight, locals set off dramatic displays of fireworks throughout the city before hitting up the clubs. If you go, I definitely recommend connecting with locals so that you get the full experience!

Because of its time zone, Sydney is one of the first cities to celebrate the New Year each year, and there are tons of ways to do so. You can watch fireworks paint the sky over Sydney Harbour Bridge or the Opera House—either at the main show at midnight or at the family friendly preview at 9pm. You can also dance the night away at Bondi Beach’s huge party. Or check out a mini light show, a lighted boat parade, or an aerial flyover.

If you can score tickets to the New Year’s Eve Ball in the Hofburg Ballroom, you’ll find yourself dancing among exquisite gowns and jewels. My aunt was lucky enough to attend a few years ago, and created a travel scrapbook filled with pictures that made me wonder if she was connected to the Hapsburg royalty! If you aren’t able to get in with the aristocracy, don’t worry. Just head to the old city center, where you’ll find a big party, as well as the New Year’s Eve Trail, which includes treats, DJs, an operetta, waltzes, and pop music.

New Year’s Eve, also known as Réveillon, is considered a time of renewal in Rio. Many Brazilians celebrate this day by wearing white or never-before-worn clothing. At midnight, many people also head to the water to cleanse themselves or throw flowers into the waves at midnight. It sounds much more meaningful than the typical New Year’s celebrations! But, if you’re also looking for a great party, check out Copacabana Beach, where you’ll also find a massive fireworks display. After all, what would New Year’s Eve be without fireworks?

What are some destinations where you’ve enjoyed celebrating New Year’s Eve? I’d love to hear all about them!

Love in the Time of Covid: 10 Ideas for a Safe, Romantic Valentine’s Day

The Complete List of Easter Greetings and Sayings for Seasonal Cards

Christmas Appetizer Recipes That Anyone Can Make

Tips for a Safe Thanksgiving Celebration During COVID-19

ABOUT US
We created smilebox blog to give you inspiration and creative ideas. We want to share with you our personal stories on the daily matters such as: traveling, life style, kids, holidays and more…Hope you will enjoy and relate to our blog posts.
FOLLOW US